Fabrizio Plessi. The soul of stone

The exhibition produced specially for the Pushkin Museum is primarily a dialogue between one of the most prominent representatives of media art – Italian artist Fabrizio Plessi (b. 1940, Reggio Emilia), and the heritage of the Western artistic tradition from the collection of one of the .

One of the pioneers of video art in Italy, Plessi has been the first to use a TV screen as a basis carrying an uncontrollable digital stream of water and fire. Sound performances, ephemeral architectural structures, television and theatre scenographies are the backdrop, in which Plessi embeds his video sculptures and where the use of technology appears as a natural element. The artist has regularly participated in international exhibitions, including the Venice Biennale (starting from 1970) and Documenta in Kassel. His solo shows have been held at the Guggenheim Museum in New York and Bilbao; Scuderie del Quirinale, Rome; Martin-Gropius-Bau, Berlin; Valencia Institute of Modern Art; and the Joan Miro Foundation, Barcelona. In 2011, his large-scale Vertical Seas project was presented in the newly opened Venice pavilion at the Venice Biennale. For his installations, Plessi has been using the spaces of the Piazza San Marco and Teatro La Fenice in Venice, of the Valley of the Temples in Agrigento, of the Hall of the Giants in Palazzo del Te in Mantua, and of La Lonja de Mallorca. In 2013, near the Alpine Brenner pass The Plessi Museum was opened, conceived as an integral piece of architecture, sculpture and design, harmoniously integrated into the natural environment.

At the core of the exhibition is the idea that is often at source of Plessi’s creative pursuit and at the same time communicated in the Pushkin Museum’s mission statement — that the classics always exists in a dialogue with contemporaneity, and vice versa, because only contemporary art is able to offer new interpretations of the art of the past. Innovation is inextricably linked with rethinking of the past. These are prerequisites for Plessi’s dialogue with the museum. To implement his idea, the artist selected 16 busts (cast from antique original works) from the Pushkin Museum collection. By means of multimedia revealing the true form of the antique artworks and a play of mirrors, the casts appear more truthful to the viewer than the original works. This theme is also addressed by a number of large-scale drawings — an important part of the exhibition space, which seems to be carved inside the museum. The exhibition will present an unexpected interpretation of an episode from Ovid’s Metamorphosis, whose plot was depicted in Giulio Romano’s the Fall of the Giants fresco from the Palazzo del Te. Water, one of Plessi’s favorite motives, alludes to the Flood, and its reflection in the installation screens is a source of meditation on the crisis and the rebirth as integral stages of human life. 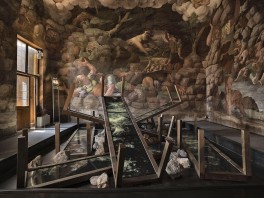 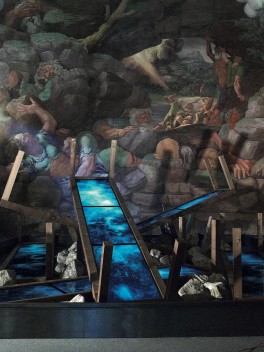 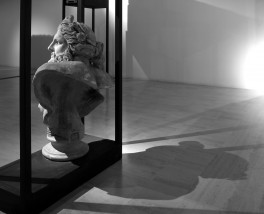 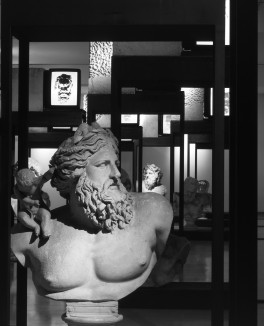 General Sponsor of the Pushkin State Museum of Fine Arts

Sponsor of the exhibition

Special thanks to Marianna Sardarova