Henri Rousseau
The Muse Inspiring the Poet (The Poet and His Muse). 1909

On this canvas Rousseau has depicted a friend, the eminent twentieth-century poet and art critic Guillaume Apollinaire and his lover, the painter Marie Laurencin. He portrays them in keeping with the "landscape-portrait", a genre invented by him. The flowers in the foreground are intended to symbolise the poet's immortal soul. Marie Laurencin is given the special role of muse and inspirer. She is portrayed in a Greek peplos. Apollinaire is holding a quill, an attribute of his profession. The name of the picture was given by the artist himself. 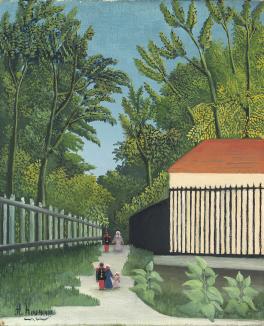 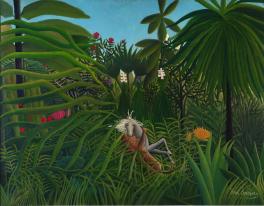 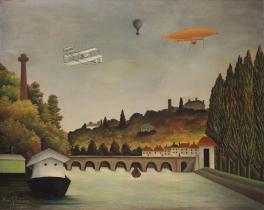