Claude Monet
Luncheon on the Grass. 1866

The idea for this famous work was conceived during one of the artist's painting trips to Fontainebleau Forest. Monet planned to paint a large canvas more than six metres wide for display at the 1866 Salon. Dissatisfied with the almost completed work, however, the artist refused to show it to the public and subsequently cut the canvas into three parts (the two surviving fragments are now in the Musee d'Orsay, Paris). At the same time as the large canvas Monet painted a smaller version, which is now in the Pushkin Museum. It is this version that now makes it possible to reconstruct the original plan for the work with the utmost accuracy. Following Edouard Manet, who had painted a picture with the same name (1863, Musee d'Orsay, Paris), the artist modelled the figures having a picnic on his friends. He was interested not so much in portraying everyday details, as conveying the play of sunlight on the ladies' dresses and the tablecloth spread on the grass. 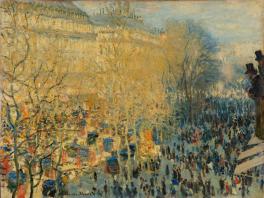 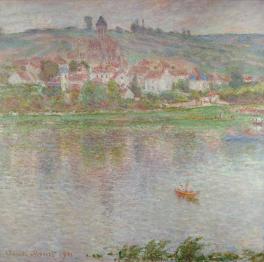 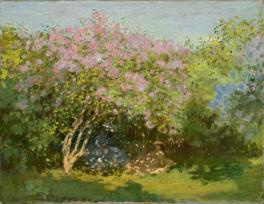 Lilac in the sun 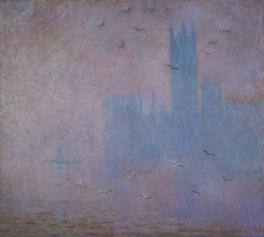 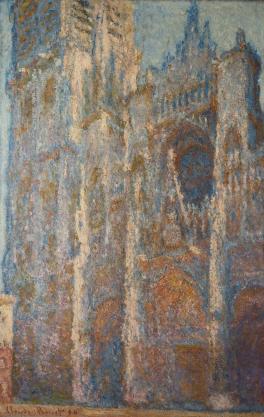 Rouen Cathedral. Noon (The Portal and the Alban Tower) 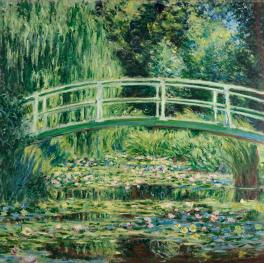 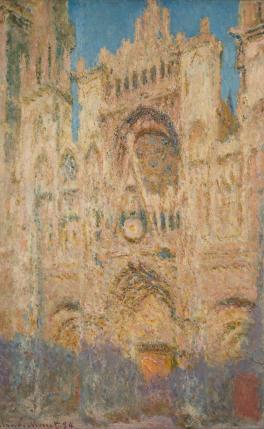 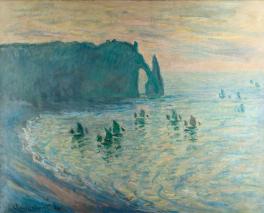 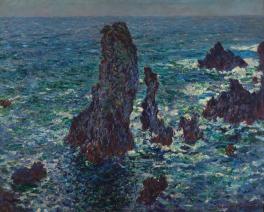 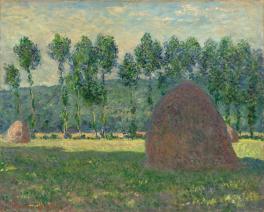