This picture, created in the late period of Crespi's work c.1730, bears witness to his re-awakening interest in themes, which he had first painted in the 1690s, in the early period of his work. In these pictures Crespi paid homage to his Bologna forerunner, Francesco Albani, who had introduced into European painting a new understanding of mythological themes, anticipating in many respects the Rococo style.

Certain motifs in the Moscow composition are to be found in works from the museums of Leipzig and New York or in private collections.

Room 17. Italian Art of the 17th and 18th centuries
View on the hall's virtual panorama 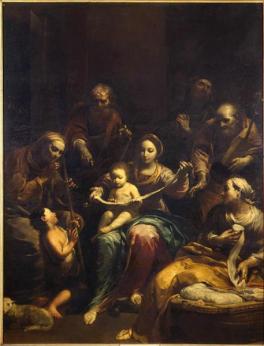