Alessandro Magnasco
Bacchanal. Between 1720 and 1730

This work forms a pair with Bacchanalia in the Hermitage. A first class example of the creative collaboration between Magnasco and Clemente Spera, a well-known master of 'ruin- painting'.

Provenance: held in the gallery of General Giovanni Francesco Arese (Milan); acquired as one of 115 pictures by G.K.Groot (Prague) for Empress Yelizaveta Petrovna and the organization of the Hall of Pictures in the Catherine Palace at Tsarskoye Selo; assumed to have been presented by Empress Yelizaveta Petrovna to Count I.I. Shuvalov in 1755 and held in his collection in St Petersburg until 1758; later held in the Museum of the Academy of Arts (Petrograd); transferred to the Hermitage 1922; in the Pushkin Museum since 1925.

Room 17. Italian Art of the 17th and 18th centuries
View on the hall's virtual panorama 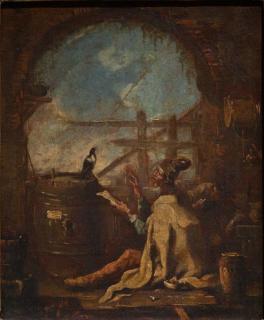 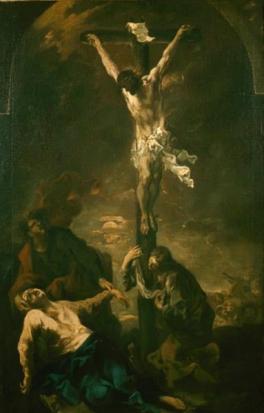 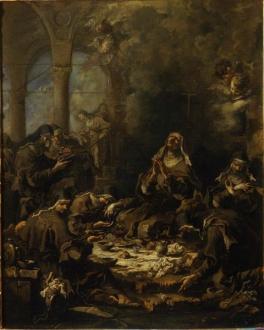