The work of Neuschul is closely linked with his political views. A member of the revolutionary Red Banner group, he became known as the "German Millet", and devoted all his art to the fate of the lower classes. The style of Neuschul's work is close to the German Neue Sachlichkeit [New Objectivity]. The artist's monotonous empty spaces are filled by static figures and objects. The silence that reigns in them is disturbing, a special, aggressive silence. The sombre, joyless colouring is in keeping with the theme of these works, however, Neuschul's characters, although they are the "dregs" of society, appear surprisingly significant and monumental. 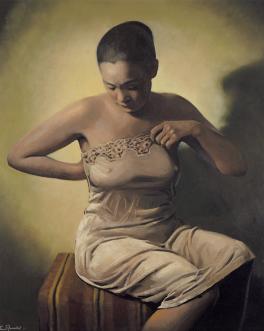 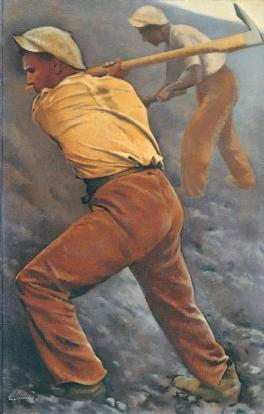